Spirit yourself away to a dream getaway in Mani, the land of tower houses, castles, Byzantine chapels, ancient sites, beautiful beaches and spectacular caves in the Peloponnese. Visitors are amazed of the beautifully built Maniot towers, the emblems of Mani. Three days full of wellness experiences and local cultural activities create the ideal escape from everyday life in the relaxing, chilling and luxuious environment of Petra & Fos Boutique Hotel & SPA in Mani.

Morning Yoga sessions with Aleksandra overlooking the indescribably lovely, much photographed little fishing village of Limeni, Trekking in the village of Kardamyli and pic nic in the mountains, the famous Diros Caves visit, mindfulness and life coaching workshop with Dr. Katerina Athanasiou.

Aleksandra Rizou start practicing yoga in 2013, not knowing that this would change her life. She grew up doing all kinds of sports, mostly tennis in her youth and then rock climbing and contemporary dancing. Yoga came naturally because of her need of movement, but this is where she discovered her true self. She completed 200 hours training in traditional Hatha yoga in 2015 and continue to learn to this day, attending as many workshops as possible, during her travels in Nepal, New York and Los Angeles every year. Aleksandra has taught in many yoga retreats all over Greece and she has worked as an instructor in gyms and well known yoga studios. Pushes herself daily on her Ashtanga practice ,under the teachings of the world renown instructor Savva Giantsi from House of Yoga. She teach everyday Hatha-Vinyasa Flow in her private studio where she promotes the whole idea of wellness, through her teachings blended with her healthy snacks and green smoothies! She is sponsored by various healthy companies like Matcha Maiden and The Nutlers and sports brands like Adidas and Yoga Everywhere. Loves nature and hiking, photography and travelling in remote destinations! Aleksandras’ vision is to inspire and discover our body, our breath, our true self. Overcoming our fears, we learn our limits, our body works complete in spiritual and physical level, lifting our self esteem and our strengths, discovering our inner powers!

Vasiliki is a graduate of the Faculty of Physical Education and Sport Science of the Democritus University of Thrace and for the last 10 years she lives and works in Athens. She specialises on the Applied Exercise Science. Her continuous need of broadening her knowledge and experience spectrum, has lead her to the pathway of Yoga and she has completed the 200h Alliance Yoga certification. She has a long work experience in an international wellness company where she possessed the roles of Personal Trainer, Master Trainer and Running club coordinator. The past years she is working as freelancer Personal Trainer for an exclusive clientele. The last 2 years she is appointed as the Wellbeing Specialist for Premium Wellness leading wellness teams in Hotels & Villas around Greece. Vasiliki loves her job and her daily goal is to improve the life quality of her clients through exercise. Her life motto is “Live your life from the heart and let it lead you to your longing desires”

Activities include Morning Yoga sessions with Aleksandra overlooking the much photographed little fishing village of Limeni, Trekking in the village of Kardamili and pic nic in the mountains, the famous Diros Caves visit, mindfulness and life coaching workshop with Dr. Katerina Athanasiou, and relaxing moments in the luxurious Hotel environment.

Daily morning teachings and life rituals of Hatha Vinyasa Flow Yoga with Aleksandra! This practice includes body positions (asanas), sun salutations (Syrua Namaskar), stretching, breathing exercises (pranayamas) combined with Vinyasa, a more powerful form of yoga, the whole movement becomes like a dance! Like a moving meditation!.. without pauses.. and in the end comes the relaxation..

The tour starts from the fortified tower houses of old Kardamyli and follow the path that once was part of the ancient so called 'royal road' connecting Kardamyli with Sparta. Along the way we visit some of the traditional, beautiful little villages of the region, we walk through their narrow streets as we learn about their past. Byzantine churches, stone built watchtowers, old fountains olive and grain mills reveal the life of the past. In a small distance ahead, mount Taygetos stands snowed in some of its highest peaks. A small break for a healthy picnic with traditional local delicacies.
Leading Change through the use of positive language: How does our brain work? How does it filter information and stimuli? What is the unconscious function and how it is affected by the use of negative Vs Positive Language. How can programming - mobilize using positive language?
Diros Caves are characterised among the most stunning caves in the world. The Glyfada River runs through the floor of the cave and at a certain point, where the river widens, a lake is formed. Small boats guide you through the lake, so that you can enjoy the impressive stalactites and stalagmites. The boats take you to various chambers and tunnels, which "host" myriads of bright white, pink, and red stalactites, as well as grey and white pillars.
Location

Very near to the hotel one can find the picturesque village of Itilo. Well-preserved stone- houses, stone paths and old byzantine churches (like the temple of Virgin Mary’s Dormition, or the church of Saint George) mark the place. Ιtilo was known from the Mycenaean era as one of the nine Achaic cities governed by Menelaos.

The village is ideal for tranquil walking around. At the south-west end of the village, in the area called “Frigano” an old well-preserved path begins and connects Ιtilo with the lower part of the gulf. Half way the Byzantine church of the Saviour emerges backrounded by the yellowish rocks. The path ends at the bay, a former base of pirates. Two settlements spread around the gulf, Karavostasi and Neo Itilo.

The Mylolagado Canyon, separates Itilo from the castle of Kelefa. This was a fortress, built upon command of the Turk Bezyr Ahmet Kioproulis during the 17th century. The purpose was to subjugate Mani, but the goal was never achieved.

In order to draw a full picture of Itilo’s gulf one must not miss out Limeni, a settlement in the south-west of the bay, which serves as the seaport of Areopolis, the historic centre of Mani.

The clear turquoise waters carve the rocks and the houses of the village. The ageless tower of Mavromichalis’ family pops up in between (Mavromichalis family was among the leaders of the Greek Revolution).

Petra & Fos Boutique Hotel & Spa is easily accessible.
Τraveling by plane, the distance is about 80km from the airport of Kalamata.
Traveling by car distance from Kalamata is about 75km, about 225 km from Athens’ airport and about 63km from Sparta.

Interested?
Get in touch
Fill in the form and our expert team will contact you within 24 business hours 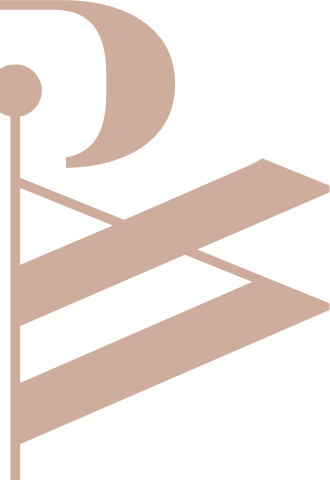 Looking for
something unique?
Let us help you achieve your goals through a completely bespoke experience. We listen to your needs and plan your very own, unique dream getaway, hassle-free, from beginning to end. You simply need to relax and enjoy.
FIND OUT HOW